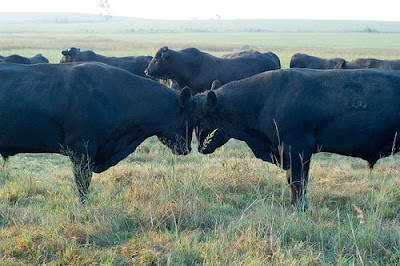 If Lidstrom is healthy (and I mean HEALTHY - not hanging on by a thread) then Detroit takes this in 6.

If not, and Gonchar is HEALTHY (same criteria), then Pittsburgh in 7.

If both Lidstrom and Gonchar are just 'healthy' then Detroit in 7.

I take Detroit in 7.

Sitting at 7 for 14 now... unless you figure I was wrong on the game counts in which case I am waaayyyy out of it.

I'll go with cautiously optimistic. I do like that every player should get a new 'look-see' but if Quinn is even more vet-happy than MacT then it will all come down to Renney's work on the special teams.

Which could be the bet all along.

Balsillie will win the team. The right to move it... slim. The odds of the NHL pulling the team within a few days of such a ruling... 50/50.

Balsillie lost $600 million once fighting a fight he shouldn't have.

When I look at this I see a guy who could have bought the team for much less than the $212 (say $176?), rejigged the lease, lost $12 or so for three more seasons (just to bring it back to $212 - I'm like that you know) and THEN declared bankruptcy and moved the team.

Because after three years he would have won over enough BoG guys, in a big enough way, to get it done.

I'm sure they have round-ups in the Phoenix area. Balls get cut off at round-ups.

Have a great evening everyone.
Posted by YKOil at 20:40 No comments:

Just In Case You Missed It

Your team is in a bit of a rebuild situation. You have gobs of cash but the cost of what you are considering isn't all 'money-I-am-giving-up-putting-in-my-pocket', some of it will be 'money-I-will-be-taking-out-of-my-pocket'.

Also, what you are considering WILL be scrutinized by the league.

That said, would you, say, trade:

That puts a $3 million value on a late-1st round pick IF you never planned to use the players.

I am waiting for these kinds of deals to start to happen. Burke did a mini-version of this at the deadline but what I am talking about is one-step away from the whole enchilada.

Remember - the Zetterberg deals finally started to happen and all it took were a few warm-ups first.

[Edit to add: btw, there is a deliberate flaw in the math so if you find it GOLD STAR FOR YOU!]

Have a great evening everyone.
Posted by YKOil at 12:10 No comments:

BoG of the NHL finds a way to dodge the Balsillie bullet altogether. Mostly because the rest of the league doesn't want to miss out on the expansion fees a Toronto team would offer (not to mention the Sabres and Leafs getting their 'our-turf' fee).

Balsillie gets the Coyotes but has to keep them there for the next 2-3 years or until another buyer is found. He then gets awarded the expansion team for Toronto... and still has to pay through the nose for the privilege.

While a second expansion team for Kansas City may or may not be approved in either scenario the real key for Bettman is pointing out to the BoG just what they are missing out on ($) without going the expansion route.

No matter how this shakes out - even if Balsillie wins it all outright - there will finally be a 2nd team in Toronto.

Have a great evening everyone.
Posted by YKOil at 19:09 3 comments: 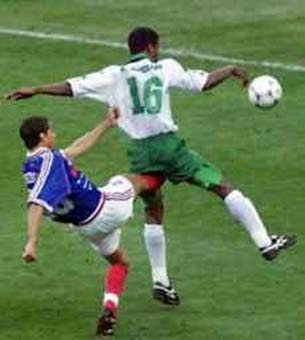 Can also mean: chance to try again. Seems I will trend towards the favorites this time:

Have a great evening everyone.
Posted by YKOil at 05:44 No comments: