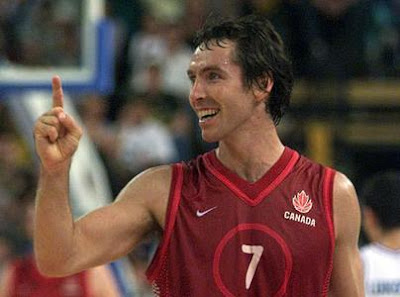 If the Oilers can get Boston to throw in their two 2nd round picks (the 2010 Toronto 2nd and their own) - or something equivalent/better - they should, happily, accept the compensation and take Seguin at 2nd overall.

If not, then they should probably take Hall.

Barring a trade for the actual 2nd pick, in a best worlds scenario Boston flips their own 1st and 2nd (not Toronto's 2nd) for a 3rd and 5th and the privilege of taking Hall 1st overall. Don't see it.

I say that only because I am fairly ambivalent as to the difference in value of Hall and Seguin. However, if the Oilers are similarly ambivalent they shouldn't be as obvious about it as I am.

If the cost to renovate/expand the Colisseum is around $250 million then, and if their bargaining position matches mine, then that is what the City of Edmonton should expect to pony up for a new Arena.

My bargaining position is simple:

1. Maximum contribution, to arena, is $250 million; this money would be borrowed

2. The arena remains the property of the City of Edmonton

3. Other area infrastructure upgrades are estimated and tallied and paid and exactly one-half of those costs would be borrowed and tied to the same instrument used to fund the arena (the other half being considered a cost of doing business to revitalize an area)

4. Debt servicing and repayment for all amounts borrowed is paid for:

..... b. secondly, by ancillary revenues** generated by the new arena

5. Once the debt is paid off the ancillary revenues, as established and referenced, are then paid to the team

* increases over and above standard increases city-wide - this is for the sake of tax payer transparency (i.e. pre-arena the area was worth 'x' and paid 'x' in taxes and now it is worth 'y' and pays 'y' in taxes; y - x is what is gained by taking part in the exercise)
** parking and the like; pretty much anything that will result in an increase in revenues for the Oilers via the new arena is up for negotiation imo - though I expect that only those revenue streams currently gifted the Oilers would end up being hassled over

The upshot being that the City will allow the developers to leverage city dollars into making the development a go AND, once the debts are paid off, gift the Oilers with much larger revenue streams (with the issue being the payment of the debts incurred).

Very proud of him.

Update to add a nice G&M story (per Michael Grange):

Have a great evening everyone.
Posted by YKOil at 14:06 1 comment: