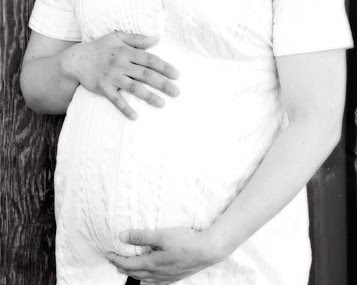 This is a picture of my wife's belly, from a few weeks ago, when she was pregnant. I started writing this post about then, but things got a little busy and so, press conference aside, I am just getting to posting it now.

Her, and my boy, are well and healthy and beautiful beyond all reason. For me, at least, it has been a great off-season.

He has a willingness to shoot and the ability to shoot well, he has skating speed and the ability to use that speed well, he has just enough size, plays a smart enough game, can handle the puck passingly well and can make a pass when needed. His focus is on the attack and it is in the offensive zone that he puts his effort; his powerplay game is quite good.

While he isn't a complete dodger or quitter, no one will ever confuse him for a hitter, mucker, crasher or glue guy and there is nothing in his game that suggests he is capable of imposing his will on a game when needed. Even if he has the brains for the defensive game there is no indication that he wants to play it at a level above that of 'meh'.

To be fair, his point production is high enough, and his skills good enough, that most of his deficiencies are covered. Quite well at that. As a gun for hire he is an excellent choice.

Teamed with Horcoff and Hemsky, at regular strength, he should do very well as all three players have interlocking skill sets.

A power-play unit of Heatley, Horcoff, Hemsky, Souray and any one of Visnovsky, Gilbert or Grebeshkov should be both effective and efficient as the mix of shooters and passers is excellent. Only weakness I see here is that there aren't any true puck wizards in the group (a la Kovalev). There are quite a few puck movers however and the other skill sets are off the charts when considered in their combination(s).

Edmonton is a better team with Heatley on the roster.

But how you get there, and what it means once you are there, matters.

As I have mentioned in an earlier post, for the money he makes, Heatley HAS to perform to expectation to earn that paycheque. I would, conservatively, put 'expectation' at:

Any deficiency in one area requires more from others.

So while Heatley did cover most of those bets in 2008-09 he failed on at least two of them (ppg and carry the line - Alfredsson is the difference maker there) and we don't know about the team leader/glue guy thing*.

How often do you think he will cover those bets in future years?

Yeah. I am thinking that the 'team leader' option is a non-starter at this point.

Cogliano is a superb young talent, Penner should be and Smid will be okay.

Penner is, like Heatley, an overpay. I expect to see a good season out of him next season (the redemption effort) and the second season after that (the contract effort) but, given that he will be an UFA after his current contract there is little value in keeping a guy who only plays for the contract.**

On the flipside it is hard to see where Cogliano and Smid's work won't be a bargain next year. They will have had their education paid for by Edmonton and Ottawa would then get to cash in on the resulting performance-to-contract differential.

Ideally a trade should return a break-even or a win result. Peckham may help us forget about Smid but I don't see where anyone will be stepping up and replacing Cogliano.

Heatley's performance should exceed that of the parts going the other way but from where I sit the trade equation, just in terms of talent, isn't guaranteed. Cogliano will get better and the extent to which that happens can change everything.

I have no urge to make Bryan Murray look smart.

Heatley's integrity has been, quite rightly, been questioned in many a forum. Fair enough.

What is troubling for me is the fact that this isn't a matter of a man misunderstood or needing a helping hand - I am quite willing to make a call based on granting second chances (see also: 1985 - MacTavish, Craig) - this is a matter of owning it.

I simply don't believe that Heatley takes full ownership of the decisions he makes. A listing of his 'questionable decisions made' is long, and undistinguished, but for my purposes it is as simple as not being able to live up to a contract signed, yet still acting as if you are owed.

Human frailty is a condition all owned, but I find it more forgivable in some. How empty the vessel?

Which brings me to the Oilers. The team and the management. This team has been leaking integrity for a long time.

As detestable as I found Mike Comrie's actions, Lowe's response did not do the team any favors. What has followed since has been a gradual transformation of team image from that of scrappy-underdog-in-a-hockey-mad-town to that of doomed-to-fail-roster-in-an-undesirable-destination.

The Nylander incident is/was, in and of itself, the kind of thing that should never reflect poorly on a team. Yet, as a sequence of events unfold themselves (Comrie, Pronger, Smyth, Nylander, etc), a narrative is formed.

"No? Just wait. Word gets around. The Sisters have taken a real shine to you, yes they have. Especially Bogs."

The Heatley situation, especially the begging in Kelowna, is one that pretty much confirmed this team as everyone's bitch.

I don't know what else to say about this situation. Team building isn't THAT hard. If the team already has good fundamentals just reduce risk wherever possible and you'll pretty much have the situation handled.

Need a player to fill a spot that is important but not critical? Sign what you need or trade for it.

Screwed up your roster/salary cap equation? Swallow it or trade it away.

Too many rookie's? Play them fewer minutes or replace with veterans.

If you already have serviceable parts in place a competitive roster isn't rocket science. It only gets hard when:

a) you make it hard

i.e. by trying to shoe-horn a superstar onto the roster

b) circumstance is out of your control.

i.e. when there aren't any 'good' 3rd line centers available

c) or your mistakes all coalesce at the same time

i.e. situations that require rock-solid planning and/or some 'luck'*** in order to ensure success in dealing with them

Stop trying to be brilliant (adding a superstar won't solve all your problems) and just start doing that which just makes sense (adding a veteran 3rd line center will help win games).

Stop trying to win the Cup yesterday (there is no Messier on this team) and just try to win those games that come with the morrow (there is a great guy named Horcoff who needs more support).

Stop trying to find Waldo (Smid is not a winger and Pisani is not a center) and instead just try to work with what is obvious (Pouliot should be playing at center and Cogliano should be playing on the wing while he tries to find the handle on the dot).

We'll all be happier for it.

As much as I (almost) always agree with LT I do recall he said at one point that Khabibulin would be tradeable later on in his contract.

The $1.40 million contract for Biron is freakin' amazing.

* I believe he was an Assistant Captain but I don't know if that letter came via the lockerroom or the contract.

** There is nothing wrong with a condottiere who is actually willing to fight the war for which he was hired. Given his cost of contract and acquisition, the selling of Penner will hurt but his contract is one that has to go.

*** As in, the trade for Goring leading, almost directly, to a string of 4 Stanley Cup victories... yeah... sharp trade but they did get a little lucky there.

Have a great evening everyone.
Posted by YKOil at 18:12 8 comments: 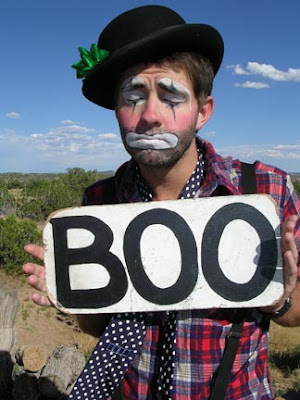 Oiler team management is screwed loose. And not in the good way. The Heatley trade, as proposed, is one of the worst I imagined.

On a day where Calgary signs a bedrock defenseman for the next 5 years - for all of the cost of a Cameron Abney (think about that for a second) - the Oilers offer up 5 years of development time, SPENT ON TWO QUALITY PROSPECTS, and one middling-poor-but-the-jury-is-out contract for an overpaid, if legit, sniper who has now whined his way out of two different teams.

Remember when Souray signed? Back then I said all the risk was on Edmonton - why? Because Souray HAD to have a career year, pretty much every year, just to be worth his contract. It was the same story with Penner - but with him it was worse because of the assets given up to sign him.

Not an average year.

Not an okay year.

Not a good year.

How well would Heatley have to play for the Oilers to earn back the $7.5 million in salary AND the loss Cogliano AND Smid (and even Penner for that matter)?

He scored 72 points last year and wasn't all that great defensively (less Alfredsson anyways). Horcoff may have only scored 53 pts last year but we know he, at least, was carrying the rest of the forward core around on his back.

Why are so many of the Oiler faithful peeved at Horcoff? Because at $5.5 million he needs to be both great defensively AND score 65+ pts (my number) to make the optics work. Horcoff gets 25 goals and 40 assists and I promise few would be complain about his pay. As understandable as it is, 53 pts from Horcoff both looks bad and IS bad.

Does Horcoff need a career year every year? No. But he does need a good-to-excellent one.

As with Souray, and Penner before him, Heatley's price would require him to have phenomenal years every year. And since we know he can't carry a team, he is a complementary player afterall, that also means Horcoff and Hemsky or Gagner (if going pure soft minutes outscoring line) HAVE to remain healthy (who else would he play with?).

The risk is all on the Oilers in this one. Again.

Do that enough times and a team becomes the New York Rangers (Hey! I know! Let's sign Kamensky - we'll be GREAT!).

It's bad enough to watch Pronger and Smyth walk for, basically, nada. To then overpay for Penner and Heatley is just too much. THINK ABOUT THOSE FOUR NAMES. Can you see the difference? This team is sending out quality for dross (even if it is shiny shyte like Heatley) on a regular basis.

Had it just been Penner, Nilsson and Smid in the trade, I could have swallowed my dislike. But two quality prospects? Nuts to that. Didn't Ottawa want a puck moving defenseman? Smid?

That Heatley would then turn around and take time to 'think' about it only accentuates the hilarity.

At what point in time do we realize that maybe it isn't the city that is to blame? Maybe, just maybe, players, and their agents, know that a winner won't be built here anytime soon. Forget Detroit. This group can't even compare to Columbus.

At what point in time do we maybe realize that team management is a joke.

And everyone knows it.

Have a great evening everyone.
Posted by YKOil at 01:26 1 comment: