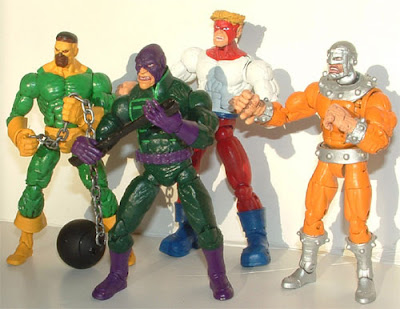 My apologies to those who thought I was done for the year.

Blame Scott. His response to my 'Last' (now '(Second) Last') post of the year got me to thinking; first, his post verbatim:

"We can only hope that the result of the low finish is a change (hopefully for the better) in upper management of the hockey club. Unfortunately, I figure Tambellini will get one more year no matter the finish this season and will feel that he needs to make the playoffs to keep his job (and he'd probably be right) and do further damage to the long-term future of the team."

There are three possible ways for Tambellini to keep his job longer than the end of this year (in no particular order):

1. Katz mulligans Tambellini for Lowe's team build and his own (Katz's) sanctioning of Tambellini's management strategy; major changes could take place but this would be the put-up or shut-up year for Tambellini and Jagr (you heard me)

i.e. everyone agrees it was a f^&ck-up by all and Tambellini gets one more year to turn it around; note that this

2. The team goes on enough of a tear in the new year that the team sacrifices some young talent (not named Eberle or MPS) in order to secure enough veteran talent to make a run that takes them into, or just barely out of, the play-offs

i.e. this cluster-f^&k that we call a roster gets another year older but not another year better and Tambellini will dodge the bullet for one more year

3. Tambellini starts the rebuild; in this case the blame falls on Lowe's team build and all agree the team needs a rebuild. Moreau, Staios, Souray and others head out the door while Horcoff goes in for surgery and gets the 'C' for 2010-11

The problem with these scenarios are three fold:

1. in each case Tambellini, and Lowe, get to keep their jobs

2. the obvious scenario is the third

3. in the case of third scenario Tambellini, and Lowe will get far more than one more year in which to produce results

I may not think much of Lowe and Tambellini's managerial skills but they aren't stupid people.

Think about that for a second. The rebuild is becoming obvious. So much so that it may be impossible, even for those with the hubris that is the calling card of Oilers team management, to avoid.

Do you know any GM's who only get one year to rebuild a team? When it is universally acknowledged as being one?

I don't believe there are any such names out there.

And that is the problem.

Lowebellini will start the rebuild, be lauded for seeing the light and for being courageous enough to do so - despite the rabid fan base the Oilers have - and it will be years before their failings will be found out.

You don't always get what you want.

And sometimes when you do, it isn't what you need.

I think this team needs a seachange in its management group. If they take the path of the rebuild, something I have wanted them to do for a while now, I won't get to see it.

My great fear is that they try to short-circuit the whole thing. Draft top-3 this year and then spend all their money on Jagr, Redden and whoever else they can max Cap on. My call? It won't work... it may get me the management turnover I want but it will set this team far, far back of where a proper rebuild would take them.

We are about to see our very own, homegrown, version of Mike Milbury in action. Draft well and then shit the bed, rinse, repeat.

Have a great evening everyone. And a wonderful new year :-)
Posted by YKOil at 13:08 5 comments: 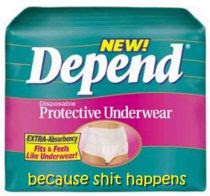 Before the year began most Oilogosphere posters had the Oilers as placing out of the play-offs with some, myself included, positing that they had a chance IF everything (in my case: EVERYTHING) went right for them. There were a few who pegged this for a team that could, on its own merits, finish 6th to 8th but even those posters didn't sound too enthusiastic about it.

Kind of a sad thing when internet bloggers have a better grasp of the capabilities of a team than masters of the trade like Kevin Lowe and Steve Tambellini. Let me come right out and say this clearly:

I don't actually think most NHL general managers are all that good at their jobs.

The one qualification I will allow for being this: I don't always know what those jobs are. Some GM's live to serve their master and if their master values ticket sales over all else then expect big names, regardless of team fit or need, to feature prominently on the menu.

The same sort of mechanic will follow depending on the goal - whether the goal be a new arena or the maximization of profits or just being able to meet the budget.

So maybe a GM is, actually, good at their job - we just don't know what that job is all the time.

And How it Applies to the Oilers

For the record - while I believe the Oilers may have lost money last year I also believe they would only have done so in an accounting sense (wherein Katz is using the dollars generated by the team to pay himself back the purchase price of the team thus generating a 'loss' by the team) and in my world, only a weasel pulls that trick with a straight face.

There is, absolutely, nothing wrong with such an approach. Just don't try to tell me that fielding a winning team is your priority. Apparently the priorities list like so:

a. to become a GM in the NHL you generally have to be part of the family to start
b. as noted, most of these guys should not be GMs

Look. When I see a guy like Dawes, who had some very good underlying numbers the last few years, sign with a team, WITHOUT obvious holes that he would fill, for minimal money, at the end of the offseason, then it is clear that many of these guys don't know jack shit about putting teams together.

And you see that every year.

There are some good GMs out there. We know who they are. We also know who are not.

Had a quick case of the runs recently. Luckily, as we know these things go, the runs usually - no pun intended - run their course fairly quickly and the body recovers. Painful and inconvenient? Yes. But only for a short while.

The Oiler will have another good run or two in them. In the long run this will not be a good thing. The team needs a rebuild in the worst way but I fear that won't happen with these jokers in charge.

For 2010 I predict the only runs you are guaranteed to continue to see are these:

1. The Oilers won't make the play-offs
2. Lowebellini will not turn this team around
3. Those inherent in my sentence structure

Have a great evening and a wonderful holiday season everyone.
Posted by YKOil at 12:08 3 comments: