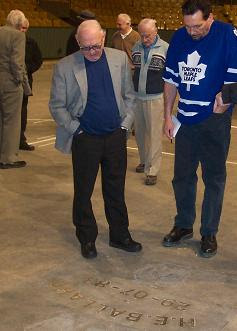 Part 2 of a series of posts regarding NHL (sports really) teams. The series will serve as a template by which a casual fan can better determine the present and future state of the team they love.

Owners are a diverse bunch. They come in all shapes and sizes and most of it matters not at all. What does matter is their underlying level of wealth (more being better), and a combination of four other characteristics: Committment, Focus, Involvement and Motivation. In order:

How much money does your owner(s) have? As noted, more money is, generally, better.

How focused on the team is the owner? Think large corporations or teams going through ownership turmoil, an unfocused owner can often mean an unfocused team.

How hands on or hands off is the owner? If hands on... are you getting Dr. Jekll or are you getting Mr. Hyde? Owner involvement is the joker in the deck and it cannot be easily predicted or quantified.

What is the motivation of the owner? An owner motivated by a profit he/she/it can be sure of may not be willing to risk more than the minimum.

Why post something so obvious? Because the temperment and talent of the owner of a team is, imo, the single biggest factor in determining the on-ice success of a team. The owner determines the vision to be fulfilled, the owner hires the management, the owner sets the standard by which the entire team will function. The owner is the money.

To go one step further - the owner of a team is the ONLY factor that can enhance, mitigate or negate the impact of ALL other factors that can affect a team.

So those are the two basic, interlocking, building blocks of a team. The owner. The market. Everything else will build from there. In terms of impacts: where a good owner can support a team in the worst of paying markets it takes a great market to support a bad owner over any real length of time.

The owner means more than the market does, but owners don't get to be owners by being stupid and even the greatest team owners can be worn down over time.

So again. Think about your team. And then think about the owner of the team. Now put the two together.

Franchise 101 - Introduction and Chapter Listing
------
I would be remiss if I didn't link the site of the fellow who had that photo taken; you can find his site at http://www.brucebelltours.ca/ and this particular photo is found under the 'Old Toronto Stories' heading. I enjoyed reading some of that history, almost to the point where I almost started to like the center of the universe. But not quite. :-)
Have a great evening everyone.
Posted by YKOil at 20:14