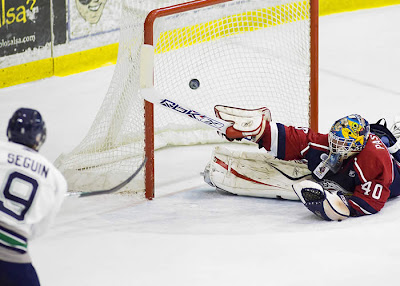 Links to the other two articles in this series:

Kind of fond of this draft group. Deep in numbers but shallow in terms of true top-end talent (both Hall and Seguin will probably require long, long careers for either to get any HOF buzz). That said, LOTS of team building talent here, some of them will surprise (Niederreiter and Tarasenko) and one of them (Campbell) might even be swimming upstream of the conventional wisdom of the sphere.

-- Hall or Seguin - can't go wrong either way
-- Fowler, Gormley, Gudbranson - shades of 2008, 2002 and 1998; who is who?
-- Granlund - how important are smrts?
-- Niederreiter - if CSB gives him top-10 status he ranks just behind Granlund; top-5 talent imo
-- Connolly - on points the injuries aren't an issue, except he only made 3 top-10 lists so I guess they do matter
-- Campbell - goalies get no love here but I think, contrary to my own beliefs, he will be the steal of the draft
-- CSB - amalgamate your NA and Euro listings; just no good excuse for not doing it

After the top-2 a lot of these guys are one thing away from being viewed as sure-thing all-stars (Connolly/injury and Granlund/size and Tarasenko/Russian) so, normally, I wouldn't anticipate ANY team trading out of the top-12 (i.e. an honest shot at Skinner or Burmistrov? Sign me up!) and would expect all the action to start with St. Louis at pick #14 (just got their goalie and they KNOW how to play a draft)...

This is a VERY motivated draft year. Aside from the usual suspects (Islanders, Blue Jackets, Coyotes, Ducks, Blues and Sharks) there are a bunch of teams that will have something going on:

1. Several teams have new management and one of them will want to make a splash
2. It's a deep draft with loads of desirable talent that will be available late
3. Chicago - their assets are good enough to entice competitive bids
4. Toronto - Kaberle should be moved this time around
5. Phoenix - Maloney is a player AND he has TWO mid-round picks
6. Florida - has declared they are open for business

Don't see all of that come up every year.

Why don't I have Edmonton listed above? They don't have a lot of chips that would bring back a 1st rounder in this draft. Simple as that. Heck, they don't have the assets to bring back 2nd round picks. Unless they are willing to trade Gagner, Penner or Hemsky this team is stuck to staying where it is.

Cogliano and Nash are used to bring back something in the 16-20 range.

Penner, Brule and a pick (or Nash I guess) for Boston's #2 overall.

Here's a wierd thing I guess: don't like any of Fowler, Gormley or Gudbranson well enough to expend major assets to get them - regardless of how badly the Oilers need defensemen - rather try to get later round picks and select from McIrath, Tinordi, Pysyk, et al. If I'm Florida I'm trying to stepladder my way down this draft.

Somehow, knowing the Islanders have the #5, I'm a little scared.

Miracles would include coming out of this draft with two of Hall, Seguin, Niederreiter or Tarasenko. Happiness means adding one of McIlrath, Burmistrov to the haul. I like Seguin but expect Hall and I figure that one of the bad contracts will be unloaded, but only one. Nilsson.

Oiler Draft Picks (for use or trade)

Remember to adjust for compensation picks.

Below are the listings of the top-15 picks of each of the different, and independent, scouting bureau's. They are: McKeen's, ISS (International Scouting Service), Redline (Woodlief), The Hockey News and the CSB (Central Scouting Bureau).

Note that I counted the number of times a draftee made the top-10 of a list. This is to help add perspective. Prospect 'A' may have fewer points than prospect 'B' but if prospect 'A' shows as top-10 on all 5 lists then prospect 'A' may be seen as a safer pick to make.


A Rule Of Thumb

When looking at the list I tend to apply an arbitrary rule of thumb: any draftee within 10 points of another draftee is at threat to be picked ahead or behind that draftee. This is to recognize, in part, the modestly random (to me) aspect of what teams prefer in their players. It is also a measure of reasonableness.

Using that rule of thumb I can expect that:

* McKeen's and Redline only release, for free, their top-10. I found the other 5 names, using various other websites, but cannot completely verify for accuracy. If you have the goods please feel free to self-correct while you read.

I will update as the information becomes public.

** CSB does not aggregate their European and North American lists. So I did it. Given the weakness of the Old World's offerings this year I started the highest CSS ranked Euro two spots behind and followed on from there.

Have a great evening everyone, and enjoy the draft. I will as I will be there :-)
Posted by YKOil at 00:48

One of the best blogs in the Oilogosphere.

Thanks for the work.

Thanks YK. I was looking forward to this post for the last few days.

Thanks for the kind words guys; appreciated.

I mention several players as 'sleeper' picks but I am not using the word as most generally do (i.e. as a late pick that blooms).

Campbell is a 'sleeper' to my eye in that he could, easily, be that rare 1st round goalie that is worth the pick - given how the sportsblogosphere has been poo-pooing that draft pick strategy I believe that most bloggers would leave him to later. That won't happen here. Campbell is going 1st round and probably before #15.

So he is a 'sleeper' pick in regards to how the sphere views him.

In a slightly different way I believe Tarasenko and Neidameyer to be be 'sleepers' in regards to how they are pegged out. Both players could be better than Hall/Seguin in the long run, though, to be perfectly honest, I think Neederwriter will need the right center for that to happen (from the Savard/Oates tree).

I mention the Oilers don't have the assets to get a 1st rounder and then turn right around and say that Cogliano/Nash could go for pick in the 16-20 range.

Fair enough but to me it makes sense. None of the 'trade ready' assets the team has will bring back a 1st rounder but yeah, if the team is willing to package two 1st round picks from earlier years:

then sure... the Oilers should be able to get a brand new, and unproven, project in return.

Just wanted to clarify that :-)

Outstanding work, YKOil. As usual. Your blog is a must-read at this time of year especially.

great stuff as always, esp for a draft dummy like me

I'm surprising myself this year as well, in kind of agreeing with you on Campbell. I don't really like to take goalies that early, and maybe I'm basing too much on seeing Campbell play in the WJHC, but he seems to be a step up on the 1st goalie available the last season or two in the draft. Actually, maybe he's the best goalie prospect since Bernier in 2006, and arguably even better than him. Maybe since Price in 2005, if not Bernier in 2006?

Let's just say if my team had a 14th OV pick, I'd feel more comfortable using it on Campbell this year than I was with EDM using theirs on Dubnyk in 2004.

Forgot to add, I get what you're saying when you write:

"When looking at the list I tend to apply an arbitrary rule of thumb: any draftee within 10 points of another draftee is at threat to be picked ahead or behind that draftee. This is to recognize, in part, the modestly random (to me) aspect of what teams prefer in their players. It is also a measure of reasonableness.

But because of the question marks attached to Connolly, Tarasenko, and Granlund (injury, Russian, and size/speed, respectively), and the associated wide variability in ranking of each player, would it be reasonable to be less surprised at these players rising or falling than, say, Neiderreiter, who seems to be more consistently rated than those three players?

Not really, apparently Niederreiter is Swiss (cue sirens)... so there must be some holes in his game somewhere...

My belief is that scouts are conservative while GM's are the risk takers. So while I wouldn't be surprised if a GM picked Nreiter early I am not at all surprised that BMc's scouting sources have him ranked lower.

Interesting thing with Johansen, Niederreiter and Ross (I think that was the line) - who was Recchi, Cullen and Stevens?

I never forget that line of Recchi, Cullen and Stevens because it taught me that there, usually, is ONE guy who makes the line go moreso than the others. (Recchi of course) so ALWAYS look for that.

Be funny, and tragic, if it was neither one of Johansen or Niederreiter.