Pouliot Scores! oh, and a note on Souray(s) 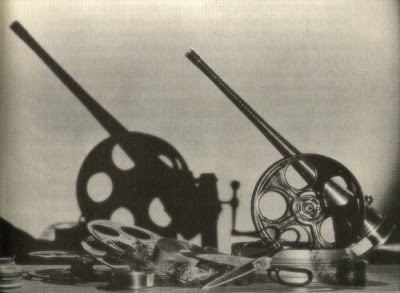 First of all - props to my buddy Kevin, here in Edmonton, who secured tickets to the game for tonite. I predicted a 4-2 win for the Oil and duly promise to only use my powers for the forces of good.

Big game for Pouliot. Possibly his best NHL game ever. Personally I thought he looked slow at times but I have to say that this is the first time I have watched him, as a player in the NHL, that he reminded me of what he was like so long ago when I watched him play with Crosby.

i.e. he is a smart player who complements his linemates: play him with quality and you get improved quality, play him with lesser quality players (insert name here) and... well... yeah...

Props to Stortini on his goal btw. Well deserved.

What does that mean?

MacT is back my friends. He is playing to win now so expect to see player skill sets utilized efficiently and effectively. Look at the TOI numbers tonite: over 26 minutes for both Souray and Visnovsky and over 24 for Horcoff.

Too bad it may still be too late for anything but a run at the last couple play-off spots.

Take the puck control and passing game out of the Edmonton powerplay handbook and the powerplay suffers because everyone knows where the puck will go.

Take the big shot out of the Montreal powerplay handbook and the powerplay suffers because everyone knows to shut down the lanes and take away the shot.

What I find interesting is the role a guy like Souray (or Streit or Stoll) can have in determining the effectiveness of a powerplay. In both cases the powerplay is much LESS effective than it should be. And it is obviously so.

Souray, and the guys like him, deserve better imo.

So do us fans.

Have a great evening everyone.
Posted by YKOil at 00:02

Hello there,
I am Peter Robert Casey and I am a basketball columnist. I have initiated an idea to create a sports blogroll where bloggers from all sports disciplines could participate. All you need to do is to add my blog link to your blog and i'll do the same. That way, we could have a mutual partnership and we could refer visitors to each other's blog.
Please let me know if you would be interested.

The Habs powerplay was still gonzo good last season without Souray. So what has happened since then?

Alex Tanguay is getting lots of PP time this year, a role which he has traditonally failed in. 2nd most minutes on the team and in favour of guys who showed exception goal scoring rates last season in Higgins, Plekanec, and Kostitsyn.

Montreal wasn't just mediocre in 07-08 at evens, they sucked (numbers just with the score tied. They got a lot of play out of special teams the season after Souray.

Montreal has a whack of slick passers and puck control experts who took full advantage of the opposing teams need to have someone preoccupied with the pointman. No pointman = no preoccupation.

While Tanguay vs. the rest is a viable area of study I believe the right answer is usually the obvious one.

Though showerhead's post at IOF has me thinking about faceoffs a little more than before I must admit. :-)