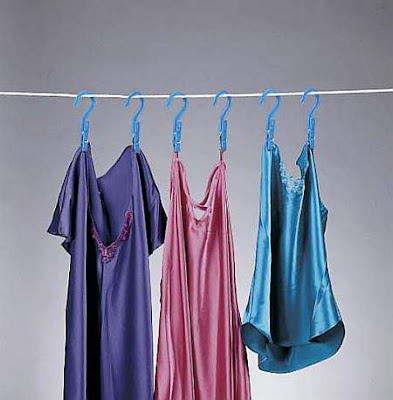 A few posts ago, before it became a rather heated topic over at LT's even (in a calendar sense), I mentioned a trade:

For the record. Not joking.

The fact is that this is an 'okay' team IF everything is firing. That means key players have to remain healthy AND they have to performing to, or above, spec.

The Oilers lack quality depth. From what I have seen over the years only a few things overcome a lack of quality depth on the skating roster; some of those include:

Goaltending can mean a lot.

If Horcoff really is injured then this team is in a great deal of trouble. In years past there was always a Stoll or a Reasoner around to carry the heavy freight for a while; not so much in 2009-10. A few more weeks of this and 'rebuild' becomes the operative word (you know... except maybe for that whole Khabibulin contract thingie).

So back to the trade idea. The key words being: 'trade idea'.

I named the names I named for two reasons:

1. They weren't completely out of the realm of reason insofar as the value is there on both sides, and
2. There comes a time when teams have the change direction, sometimes drastically, and this trade would do that

Think about the 2nd line of the roster for second. Probable/possible candidates include Gagner, Cogliano, Nilsson, O'Sullivan, Comrie and Brule. Of those Gagner OR Cogliano (at this stage in their careers) OR Comrie OR Nilsson make a lot of sense if the pieces are there for a soft-minutes scoring line or if a babysitter is secured to watch over them when playing tougher minutes.

But the pieces aren't there. Hence Jacques is on the 1st line.

Think about the O'Sullivan trade for a second. Makes a lot more sense if the team is willing to trade some combination of Cogliano and/or Nilsson in a package for a 2nd line cornerstone doesn't it? Not in Edmonton.

Is this about a sports team or a fucking real estate development?

Oilers team management left MacT to hangdry. Looks like Quinn is holding on to leftover line.

Have a great evening everyone.
Posted by YKOil at 20:37

You are one of the better writers I have ever had the pleasure of reading*. Having you, among others, drop by - and knowing you do so - is always something I consider GOOD.

* I read a LOT so I hope you understand that, perhaps, that does mean something. To me at least. :-)

Thank you. I appreciate that a lot.

The frustrating thing about this club's management is since they dumped Smyth and committed (sort of) to rebuild (sort of) they have thrown away three years.

Part of me says that the problems facing them are remedied relatively easily. Bring in players to fit needs and clear salary.

That second part is closer to the truth methinks.

Quinn's comments regarding the young kids provides more than enough confirmation of that.

I may use this in a post later (or maybe I already have) but the Penner signing makes a LOT more sense if Smyth is still with the team.

Makes for a fairly potent set of 1st and 2nd lines.

LW is Penner and a collection of fourth liners

Smyth, Torres, Glencross, Thoresen (yeah I'm a Thoresen guy) all sent out of town without being replaced

Which of course is the key.

OK now I am getting depressed.

First off, I completely agree with you that the team left both MacT and Quinn up the creek without a paddle.

As for the trade, I wouldn't be thrilled throwing Grebeshkov and Hemsky overboard since they're still young enough to function as the core on this club three years from now. If we're going into "rebuild mode" I'd try to hold onto those guys and try to move the older core players for a few more in the 24-25 age range and picks. If you could swing, say, Horcoff and Visnovsky for Weiss and Ballard it seems like it makes sense to me. If you use that as the core of a deal and then sweeten it with something like Cogliano for McCabe it doesn't seem implausible to me that Florida would go along for the ride.

Given that Hemsky and Grebs will be needing new, and expensive, contracts sooner rather than later
AND Cohen is losing $ and wants to sell the team

I expect the reverse of what you are thinking. Cogliano may have be included in any such trade just to make the trade palatable.

Depending on how smart Sexton is that day of course.

Sigh. We are Florida essentially.

Only our owner has dough and the club has a rabid fanbase.

The concept remains the same - changing up the team. In this case it was:

a. take from 1st line to create a strong C core

b. trade in a puck mover for a more defensively minded all-around

Hard to say if it would be the right move but I am becoming increasingly convinced that this may be the only way to go.

One thing to make perfectly clear: this wasn't about the trade listed.

It was about a trade that changes the focus or set of the team.

That is what I am talking about.

Its pretty apparent that there are two surpluses that Tambellini can deal from.

I understand your argument but I believe that the club can make the changes needed without moving Hemsky or Penner.

I would move Grebeshkov for a young big centreman. Who? I have no idea who is available but you know the type. Lets call him Kesler-lite.

Then you have Horcoff/K-l to handle the tough minutes/faceoffs/PK etc. Gagner to continue on the development path, facing softer opp. And then your fourth man, whomever that might be - Brule or Pouliot for now I guess.

Moving Grebs might cause some pain but you have Smid/Lubo, Souray/Gilbert and then Chorney/Staios (or a cheap Dman from the Carney tree) until you figure out your next step.

And then you move your kid(s)/prospect(s) for that Dman. Again make him youngish. And a bruiser. Now you have Smid/Souray/new guy to balance out the puck movers.

Of course we haven't addressed the wingers yet. For another day I guess. ;)